Oregon Report 2020 – The Rates Keep Dropping and a Lot 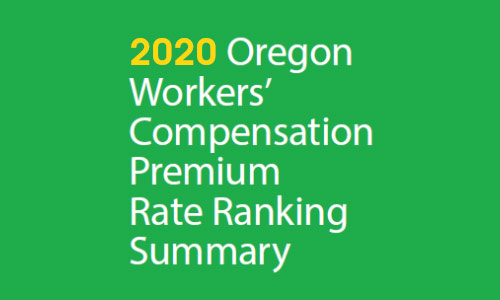 On a biennial basis, the Oregon Department of Consumer and Business Services publishes a ranking of the states with respect to premiums charged on workers’ compensation insurance. The Oregon Report is the “gold standard” in comparing the cost of insurance in the various states.

The 2020 Oregon report indicates, for each state, its relative ranking in 2018 and its current ranking in 2020. What is most striking, however, is that the median cost of workers’ compensation insurance has declined over 15% since 2018.

This dramatic decline is even true for “high cost” states like Vermont which is the third most expensive in the country as of 2020. Vermont has experienced five straight years of rate decline and Vermont employers are now paying 36% less than they paid in 2016.

This is consistent with virtually every study which demonstrates that claims are falling and that medical cost are stable. The net effect: workers’ compensation insurance is becoming cheaper by the year.

The 2020 report follows.
Download the Oregon 2020  Report
Previous reports can be found in the Archive section.