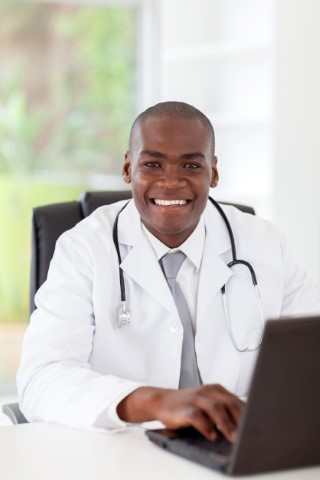 One of the principal threats to physician autonomy comes from the current activities of workers’ compensation insurers in restricting the therapy that a doctor can offer to an injured worker or limiting the medicines that a doctor may dispense from his or her office. For instance, workers’ compensation insurers have tried, in state after state, to severely limit the ability of a doctor to dispense medicines from their offices on the argument that the doctor charges “too much” or that the doctors who “dispensed” are principal contributors to the opioid addiction problem.

In making these arguments to the various state legislatures, the insurers have been aided by a number of “research” organizations which purport to be objective, neutral and non-political but are, in fact, simply adjuncts to their members’ lobbying efforts. These “research” organizations include the Workers’ Compensation Research Institute (WCRI), the California Workers’ Compensation Institute (CWCI), the National Council of Compensation Insurers (NCCI) and insurance companies such as Accident Fund Holdings (Accident Fund). Accident Fund produced a proprietary report based on company claim data seeking to confirm the “findings” of the other groups. In almost every instance, these groups cross reference each other in their reports in order to present the reader with the notion that the “findings” are not really in dispute. However, a reading of each report reveals fundamental inconsistencies between them.

While many insurance funded studies are valuable, one always has to be cautious in accepting conclusions which are based on partial data or where pertinent data is not disclosed. The lesson of the 50 year-old Watergate political scandal is timeless: it is important always to “follow the money”.

The following is an examination of the principal reports being presented to the various state legislatures in attempts to rewrite the rules dealing with physician autonomy in the workers’ compensation area.

WCRI Study Repudiated:
The work of WCRI was effectively repudiated by the Maryland Workers’ Compensation Commission (MWCC). Beginning in 2011, the MWCC proposed a regulation to limit the dispensing of medicine from physicians’ offices to workers’ compensation patients. In proposing this regulation, the MWCC relied upon data contained in WCRI reports. However, the MWCC regulation was turned down by the AELR Committee of the Maryland General Assembly and legislation limiting physician dispensing of medicines was subsequently filed in the 2012, 2013 and 2014 legislative sessions, but was unsuccessful.

In January 2015, the General Assembly Committee entrusted with the conduct of workers’ compensation laws, elected to declare a two year moratorium (now 4 years) on any bills dealing with physician dispensing. The reason for this deferral was a report from the MWCC which called into question data provided by WCRI.

Specifically, the MWCC conducted its own survey of the workers’ compensation claims data and determined that the WCRI data was wildly inflated. The WCRI maintained that physicians dispensed 40% of all medicines to Maryland workers’ compensation patients and that this percentage was increasing. Yet, the MWCC determined the true number was 15.7% and the percentage was, in fact, declining.

The MWCC survey was based on 92% of all claims. WCRI’s skewed figures resulted from considering only 12% of claims and those apparently designed to overstate the “problem”. WCRI’s member insurance companies were using the WCRI “studies” to call for regulatory and legislative changes to benefit their business practices. WCRI was obliging its members by producing “reports” which documented the “problem”. In fact, the “problem” could only be recognized by knowingly using skewed and incomplete data.

Hence, the MWCC – which had relied on the WCRI data in 2011 to propose limitations on physician dispensing – had done a 180 degree reversal within a few years. It had concluded, by January 2015, that WCRI data was unreliable and contrary to the true facts. While WCRI opponents had always questioned the data, the MWCC was the first “neutral” and objective 3rd party to document the falsity of the WCRI reports.

The Chair of the MWCC recently summarized the Commission’s conclusions about WCRI: “After conducting our own research and analysis of the data, the veracity and reliability of the WCRI Reports were suspect” (June 20, 2018 letter from R. Karl Aumann to Speaker of the House of the Maryland General Assembly, Michael E. Busch).

On January 22, 2015, Co-Chairs Senator Katherine Klausmeier and Delegate Sally Jameson met with other elected officials and a group of stakeholders to discuss the outcome of a study that the Workers’ Compensation Commission conducted regarding physician dispensing of prescription drugs to workers’ compensation claimants.

Joseph A. Schwartz, III: Behind the workers’ compensation announcement

In 2011, the Maryland Workers’ Compensation Commission relied on a study to impose restrictions on doctors dispensing medications. Four years later the Commission reversed its reliance after determining that the earlier study was fundamentally incorrect. The full story of that reversal was contained in an oped piece in the Daily Record.

WCRI: Hoisted On Its Own Petard

Prior to the repudiation of WCRI by the MWCC, another more fundamental fallacy was discovered in WCRI’s own reports. While WCRI maintains that doctors charge more “per pill” than chain pharmacies (there is no real dispute on this point), WCRI no longer (starting in 2012) provides information on the number of pills dispensed by doctors versus pharmacies. Buried in an appendix to earlier reports was that information which showed that doctors dispensed far fewer pills per claim with the result that doctor dispensed costs per claim were FAR LOWER than where the claim was filled (and refilled) at a pharmacy.

Table RIA on page 25 of the March 2010 WCRI Report “Prescription Benchmarks for Maryland” demonstrated the following:

When this information was publicized by MedChi, WCRI’s response was immediate: it stopped giving pill counts in later reports. However, due to the persistence of a Maryland State Senator, PRI has written confirmation from WCRI that the pill count differential continued and that the cost of doctor dispensing on a PER CLAIM basis was lower.

CWCI Study Questioned:
CWCI produced a study that found that 1% of prescribers accounted for one-third of Schedule II opioid prescriptions and 10% accounted for 80%. Ireland and Johnson, Prescribing Patterns of Schedule II Opioids in California Workers’ Compensation. 2011: https://www.cwci.org/document.phpquestionfile=1438.pdf. The CWCI conclusion on this score resulted in a Research Letter in the Journal of the American Medical Association (JAMA).

The authors of this Research Letter were Stanford University doctors and professors. The Research Letter specifically referred to the CWCI Study as propagating “… a message that opioid overprescribing is a problem of a small group of high-volume prescribers, while general use is usually safe and effective.”

Their conclusion: “Contrary to the California Worker’s Compensation data showing a small subset of prescribers accounting for a disproportionately large percentage of opioid prescribers, Medicare opioid prescribing is distributed across many prescribers and is, if anything, less skewed than all drug prescribing.” And finally, the Stanford researchers came to a sensible conclusion: “Efforts to curtail national opioid overprescribing must address a large swath of prescribers to be effective.” Chen, et al., Distribution of Opioids by Different Types of Medicare Prescribers, JAMA Internal Medicine, published online December 14, 2015.

Accident Fund Study:
Accident Fund Holdings, Inc. (Accident Fund) became the AF Group as of March 1, 2016. The company had its origins in 1912 as the Michigan Accident Fund. Accident Fund produced a study on workers’ compensation claim outcomes which is now being used in the Illinois legislature to effectively outlaw physician dispensing of medicines. White, et al., Effect of Physician Dispensed Medication on Workers’ Compensation Claim Outcomes in the State of Illinois, 56 Journal of Occupation and Environmental Medicine, No. 5, May 2014, 459-464. In legislative debates, this study is being referred to as a Hopkins study since two of the six authors were associated with Johns Hopkins University. However, the lead author and three other authors were members of the Accident Fund Corporate Claims Department.

The principal problem with this “study” is the lack of transparency. First, the claims were under the control of Accident Fund and, more importantly, the claims were adjusted for “medical complexity” using “…a proprietary on leveling model, which may over- or under estimate the ultimate severity of the claim.” As noted by the authors, “unfortunately, there was no known method for ascertaining the accuracy of this adjustment factor at the time of writing this article.”

At the outset, it is important to note that Accident Fund assumed that, if a doctor dispensed an initial medication to a patient, that doctor was responsible for all subsequent medications, even if the subsequent medications were dispensed by a pharmacy. According to Accident Fund data, dispensing doctors distributed far more pills per claim but this is directly contradicted by all national data. Accident Fund quotes favorably the various studies by WCRI and CWCI but the WCRI studies consistently show that, in state after state, doctors who dispense medicines provide far fewer pills than doctors who write prescriptions to be filled at pharmacies.

The Accident Fund “study” may hinge on the concept of “medical complexity”. In this respect Accident Fund assigned a “medical complexity” scored to each claim and conceded that an “…argument could be made that physicians who regularly dispense medications from their office tend to treat injured workers with more complex injuries.” (463). Hence, one key to all of the data assembled is the “medical complexity” component. Accident Fund used a “proprietary” model and not the conventional manner of comparing ICD.9 codes. So if doctor’s claims were deemed to be 30% more “medically complex” but were, in reality, 37% more “medically complex,” the Accident Fund “study” is turned on its head. However, there is no way to test this and the Accident Fund authors admit as much: “Unfortunately, there was no known method for ascertaining the absolute accuracy of this adjustment factor at the time of writing this article.” (464)

So the Accident Fund “study” fails on at least three counts: (1) its data is directly contradicted by all other data published by WCRI and other groups which show that physicians dispense fewer pills (although at a greater cost per pill); (2) It classifies all dispensed medications for a particular claim, even if the physician dispensed a single prescription and the rest were dispensed at the pharmacy; and (3) It relies on a proprietary “medical complexity” model known only to Accident Fund.

Finally, it is interesting that attorney involvement and other factors may indicate there is a wizard behind the curtain at Accident Fund. Attorney involvement, age, sex and medical complexity each on their own drive up costs more than the factor of doctor dispensing.